As you build your enterprise, you will have make sure you develop the tools for your own journey of growth as your company grows from startup to grown-up, says Alisa Cohn

Founders start their companies with passion, vision, and often no idea of the difficulties they will encounter as they grow their companies. That’s natural since we hear the stories of celebrity founders – Bill Gates, Jeff Bezos and the like – at their most successful end states, as if they arrived that way in a smooth, straight line.

As an executive coach who’s spent almost two decades coaching founders into CEOs, I’ve seen what the actual journey looks like, and the reality is very different from the picture that popular culture gives us.

I wrote my book, From Start-up to Grown-up, to give perspective and tools to founders to help them navigate around the predictable difficulties they will encounter in their journeys to success.

My book is divided into three sections which articulate the areas in which you, the founder, need to grow: managing you, managing them, managing the business.

A good case study is my experience coaching Josh (not his real name) a founder/CEO of a fintech company. He had worked as a software developer at a hedge fund for three years. He had developed an idea for a technology that he knew there was a market for, based on his experiences and his discussions with potential customers. So, he left the hedge fund to start his own company.

Josh was a born entrepreneur. His parents had started several businesses, and he himself had tried to start a landscaping business when he was 14.  Josh had spent a lot of time thinking about the future of finance and had a strong vision for where the industry was going and how his company could fit in. He was intense, super smart, and retained a cheerful optimism even when things were going wrong.

I met Josh when the business was about two years old. He had hired a team – which included a few friends from college and some of the guys he worked with at the hedge fund – rented office space, and together they began to build. By the time we connected the company had 60 employees, going quickly to 100.

Josh had called me is because, he told me, suddenly there were problems he couldn’t fix. The pace inside the company had slowed down substantially. There seemed to be a lot of tension between his team members, and, overall, Josh felt like the business wasn’t achieving what it should.

The areas we identified with Josh are like the ones you will likely encounter as you build your startup. Here are some and some tools to handle them.

In Josh’s mind, he was accessible, listened carefully to what people had to say, and took in feedback. He also made quick decisions and made sure everyone knew what was going on.

So, I went to his people to get 360-feedback, which is a process where I talk to the important people around him and ask them what they see. What are his strengths? What are his development opportunities? What environments bring out the best and worst in him? And, most importantly, what specific behavioral suggestions do they have for him.

When I spoke to his people, they told a different story. They appreciated his vision, his drive and his relentlessness. But they also said he could be moody and was hard to approach. ‘If you ask him a question about something he knows well, he drills into it. I don’t mind him asking me questions, but the way he does it makes me feel stupid,’ one of his employees told me. ‘So I’ve stopped asking him.’

When I shared this input with Josh, he was surprised at first – even defensive – but as we talked it through, he could see it more clearly from his employees’ point of view.

I asked him to jot down his thoughts and feelings a few times a day, and that’s when he realised that he got moody when he didn’t work out first thing in the morning, and he got impatient when he didn’t eat lunch. It’s so helpful to know that some issues are easy to fix. We built a morning routine that included time for a workout every day and carved out 30 minutes for lunch and a quick walk mid-day.

I also suggested that Josh pause every time he started asking his employee questions. He could still ask, but he should remember to see himself as a coach, not a critic. How could he bring out their best? That caused him to alter his tone, which helped his employees feel like they were problem-solving together, not being blamed.

When I spoke with Josh’s employees, another theme emerged: an uncomfortable dynamic with Josh’s friends. The other employees called them the ‘Friends of Josh’ or the ‘FOJ squad.’

When I probed, I got a picture of what was going on. The FOJ Squad was a tight knight group of (mostly) men. They spent time with each other outside of work, and they would sometimes hang out in one of the conference rooms together working and joking around together.

‘There’s nothing overt,’ Sandy, one of Josh’s executives who was not in that friend circle told me. ‘But it just feels like they’re this clique. If you get on the wrong side of one of them, you kind of feel paranoid that they’re talking about you.’

Another employee gave me a different view. She named one of the FOJ Squad who led a large team. ‘It’s incredibly frustrating to work with him. If you need a decision about something, he’ll put you off. Or he might tell you go do something and then change his mind. But I don’t want to say anything because he’s in this protected class.’

It’s understandable that a start-up founder hires friends. When you start your company, it’s natural to bring in people you know best. You and your friends have built trust and rapport over the years. And if you pulled all-nighters with them in college or worked hard on a project with them at your first job together, you already know their drive and work ethic.

Also, when you start your company, often your only option to hire is the people who already know you. Your friends are the people who will follow you, who will work for less than market value, and who will dive into the work with a high degree of intensity and loyalty. Just like you.

However, if you don’t set up the right expectations with your friends – and with yourself – you can find that there are high costs to brining in your friends. Without meaning to, you may unconsciously appear to be favoring your friends, and since you’re the founder nobody will bring this up to you. Or if the friends are all chummy with each other at work, they can feel like a clique, hard to penetrate for new employees. And, as in the case of Josh, the friends can also lack the leadership ability they need to grow alongside the company.

If you don’t stop this, you’ll find that good employees feel alienated.  They may feel they have to cater to your friends or work around them. All of this gets in the way of your building a company.

The key to resolving this is communication. Before you hire your friends, have a conversation with them and directly address your expectations. You will have to give them feedback like any other employee. You’ll expect them to be great to work with and welcome new employees. And, at some point, you may have to bring in someone more senior to be their manager.

These can be tough conversations to have with people. In  From Start-up to Grown-up, I offer some specific scripts you can use to have the right conversations with your friends and other employees to address delicate issues.

As Josh and I worked through these topics, he told me that projects weren’t moving fast enough. When I asked him what he meant, it was hard for him to give specifics. He just had this nagging feeling.

It’s common initially when you start your business to just dive in and start building. In the early days of your startup, getting any kind of traction at all feels magical. Your first product shipped, your first customer, your first 1,000 users – all of that brings a sense of euphoria.

When you just have eight or 12 employees, it feels overly formal to set goals, debrief how you did, and revise your objectives for the following quarter. Not only that but since you are testing, iterating and learning, you may legitimately have very little basis to forecast what’s possible. And founders very often are naturally attuned to focusing on the big picture, the vision, and the product. They may feel allergic to the precision that metrics requires.

But when you neglect to set clear performance guidelines, you simply have no way to measure how the business is doing nor how your people are doing. You may feel – as Josh did – that things aren’t moving fast enough, but without benchmarks you don’t have a language to discuss that with your team and you really don’t have a way to assess it.

Josh was skeptical about how his employees would take to setting targets when some of them would be simply educated guesses, but he agreed to try it. We pulled in his most analytical and operational team member and together we carved out a few goals that were rational and achievable. Counter to what Josh feared, these benchmarks had a galvanising effect on the company. Suddenly they each had something to shoot for and there was a way to talk about how they were doing which didn’t feel fluffy or personal.

Josh discovered what many founders I coach do: good employees like to have something to shoot for. He could find a capable employee to run the goal-setting process and help people review it without getting involved himself. And, importantly, he had data to use to assess performance of his executives and the company overall.

As you build your start-up, you will have to grow rapidly along these three dimensions. Make sure you develop the tools for your own journey of growth as your company grows from start-up to grown-up.

Named the Top Startup Coach in the World at the Thinkers50/Marshall Goldsmith Global Coaches Awards in London, Alisa Cohn has been coaching startup founders to grow into world-class CEOs for nearly 20 years. A onetime startup CFO, strategy consultant, and current angel investor and advisor, Alisa has worked with startup companies including Venmo, Etsy, DraftKings, and Tory Burch. She has also coached CEOs and C-Suite executives at enterprise clients such as Dell, Hitachi, Sony, IBM, Google, Microsoft, Bloomberg, The New York Times, and Calvin Klein. She is the author of From Start-Up to Grown-Up: Grow Your Leadership to Grow Your Business. 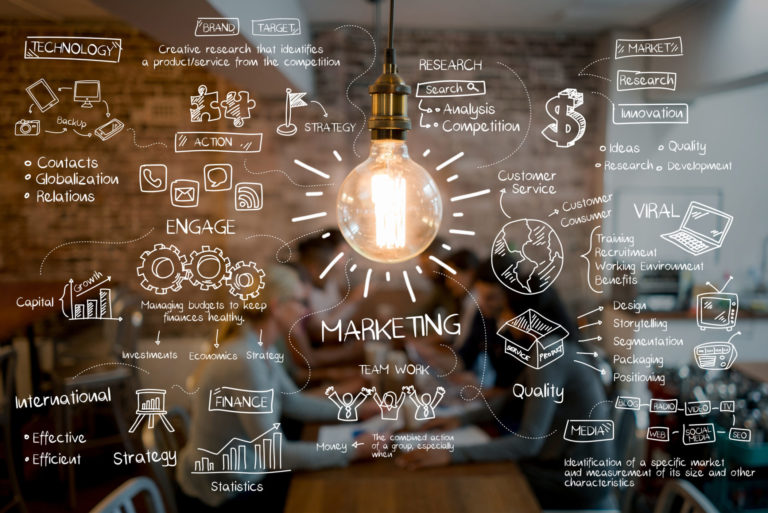