Fundamentals of the MBA must change within five years, say Business School leaders

More than three quarters of Business School leaders believe the fundamentals of the MBA will change within the next five years, and more than two thirds think the content could be improved, research from the Association of MBAs and Business Graduates Association (AMBA & BGA) reveals.

The AMBA & BGA Business School Leaders Survey, which polled 358 decision makers at Business Schools across the world, shows that a quarter of survey participants do not think their campus is being run as efficiently as it could be.

The Future Of Technology In Management Education, in association with Canvas, the learning management platform by Instructure, is the first report to come out of the research this month.

As part of the survey, Business School leaders were asked how likely or unlikely it is that the fundamentals of the MBA are likely to change within the next 10 years.

More than three quarters (77%) think that it is likely, which includes two in five (40%) who think that it is ‘very likely’. Two thirds (67%) agree that the delivery or content of their MBA programme could be improved, although more than half (53%) state ‘tend to agree’, suggesting that most leaders recognise some scope for improvement.

Slightly more than half (54%) agree that ‘my Business School’s campus is being run as efficiently as it could be’. Conversely, a quarter (25%) disagree.

Will Dawes, Research and Insight Manager at AMBA & BGA, said: ‘These findings demonstrate that most leaders believe that MBA delivery methods are likely to evolve over time and that there is scope for improvement in MBA delivery. Indeed, leaders predict that core elements of MBA provision will change in the next decade, which will pose strategic questions about how Schools shape their own future.

When asked about a range of aspects regarding Business Schools, a small proportion of leaders state that they are not doing very well but, equally, very high levels of perceived performance were not regularly cited.

The highest rated include ‘updating your programme so that it reflects the latest trends in business’ and ‘portraying the defining elements of your Business School which differentiate it from others to potential students’ (32% and 25% of participants, respectively, believe their Schools is doing ‘very well’ in these areas). When combining ‘very well’ and ‘fairly well’ these figures rise to 85% and 77% respectively.

Potential opportunities, specifically in relation to technology, could arise in areas which Schools are not considered to be performing well. This could include ‘engaging with alumni’ (cited by 34% of participants as an area in their School where performance could be improved), ‘providing flexible learning opportunities within programmes’ (cited by 32%) and ‘using new technology to deliver teaching and learning’ (cited by 30%).

The importance of technology

Leaders were asked how important various pieces of technologies would be in running Business Schools in the next 10 years. Big data is perceived to be the most important of these technologies, with 95% of Business School leaders stating that it is important. This is followed by experiential learning (94%), digitalisation (93%) and AI (86%). Data visualisation is considered to be important by more than four in five leaders (83%). The least important for Business Schools in the future is seen to be automation (79%), virtual reality (63%) and augmented reality (60%), although these still represent a majority.

Dawes added: ‘These results are further evidence of mixed levels of confidence in whether MBA curricula meet the needs of the biggest tech employers’.

The research also found that approximately one in six leaders (16%) are ‘very confident’ their curricula meets the needs of tech employers, a figure which rises to three in five (60%) when the figure is combined with the proportion who are ‘fairly confident’. Three in 10 (29%) are ‘not very confident’ and 1% are ‘not at all confident’. It is also notable that one in 10 (10%) ‘don’t know’, suggesting that there is some lack of awareness about how MBA programmes support technology focussed employers.

‘It could be argued that some of these technologies not only offer an opportunity to be integrated into the curriculums at Business Schools, but also have the potential to be further applied in how Schools are able to operate,’ said Dawes.

The research exposed low levels of agreement when it comes to the integration of digitalisation into Business Schools. Just three in 10 participants (30%) agree that their campus’s operations are fully digitally integrated. Conversely, two in five (40%) disagree. Meanwhile, slightly more than two fifths (43%) agree that ‘decisions at my Business School are primarily informed by data’, and just 6% strongly agree.

A quarter of Business School leaders (25%) strongly agree that ‘my Business School has implemented new innovative ways of delivering programmes in the past year’. Overall, almost two thirds (64%) agree and slightly more than one in seven (15%) disagree with this statement.

Half (50%) agree that ‘my Business School is well prepared to embrace the opportunities of the fourth industrial revolution’, but just 13% strongly agree.

Dawes added: ‘These findings illuminate both the gaps and opportunities with which Business Schools find themselves, when it comes to technology and how they can use it to enrich their Schools and the students they teach.

‘Yet some of these opportunities or areas in which Schools are not incorporating technology should not override the overall optimism of the sector and belief in its capacity to grow. Indeed, 84% of leaders believe that their Business School will grow in capacity in the next three years. More than a third of leaders (34%) are very confident. On the other hand, just one in eight (13%) are not confident.

‘This indicates that Schools are optimistic about the direction of management education and should perhaps invest further in suitable technological opportunities which enhance the delivery capability of their Schools.’

‘This report demonstrates that technology is firmly in the consciousness of the most senior individuals running Business Schools. Leaders are broadly optimistic about the future of the sector and appear to view new technology to be an important factor in their vision. It is also clear that some Schools do not necessarily believe that they are as advanced in their journey to introduce new technology into their institutions as they could be – particularly in North America and the Caribbean and Europe.

‘Yet it is also clear that Schools are gearing themselves up to introduce new technological concepts and see the opportunities that this presents.’

Melissa Loble, Chief Customer Experience Officer, at Instructure, said: ‘It’s perhaps unsurprising that the number one priority for Business School leaders over the next five years is to innovate programme delivery, as institutions seek to attract and retain tech-savvy students with more engaging, dynamic and flexible custom courses.

‘This is exactly where Canvas, the fastest growing learning management platform globally, adds value; 90% of the top 10 Business Schools in the world have already deployed Canvas to power the innovative and impactful learning experiences that students demand, and we continue to work with institutions all over the world to enable ground-breaking programme design and delivery.’

AMBA and BGA contacted Business School leaders from within its accredited School network to invite them to participate in an online survey between 14 August and 30 September 2019. This report is the first in a three-part series which seeks to understand how Business Schools are planning for the future. It summarises the perceptions of the introduction of technology among 358 of the leading Business School professionals globally.

Where a survey participant has not completed the whole survey, their partial responses are included. In total there were 222 full participants and 136 partial participants. Where figures do not sum to 100 or to a combined figure, this is due to rounding.

The participating Business School leaders work at institutions which serve a range of cohort sizes. Most leaders work for Schools which have between 1,001 and 3,000 students (31%), while 28% are from larger Schools which have more than 3,001 students, and 27% operate at a smaller scale with between 1-500 students. Approximately one in seven (14%) participants are from Schools of between 501 to 1,000 students.

Almost half of Business School leaders (46%) are based in Europe and approximately one in six (16%) are based in the UK and more than one in ten (12%) are based in Latin America. Meanwhile, 7% are based Africa, 6% in China (including Hong Kong, China) 5% in Asia and the Middle East (excluding China and India), 4% in India, 3% in North America and the Caribbean and 1% in Oceania.

About Canvas, the Learning Management Platform by Instructure

The Canvas Learning Management Platform is developed and fully supported by Instructure, a Software as a Service (SaaS technology) company dedicated to helping people learn from the first day of school to the last day of work.

Canvas delivers an extensible ecosystem that allows institutions to build the digital learning environment that meets the unique challenges they face. Canvas simplifies teaching, elevates learning and eliminates the headaches of supporting and growing traditional learning technologies. Canvas is made up of a powerful set of highly integrated learning products that allows institutions to address the teaching and learning requirements with technology and innovation.

Canvas is a simple, engaging, reliable and open Learning Management Platform which also facilitates easy integration with over 400+ education technology partners to support your digital campus today and well into the future. 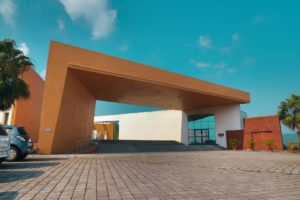 Goa Institute of Management has officially received joint accreditation from the Association of MBAs (AMBA) and the Business Graduates Association (BGA), two of the world’s 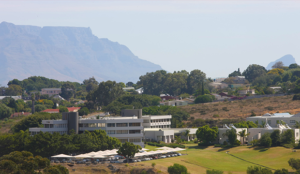 Stellenbosch Business School has officially received re-accreditation from the Association of MBAs (AMBA), one of the world’s leading authorities on post-graduate business education, demonstrating its 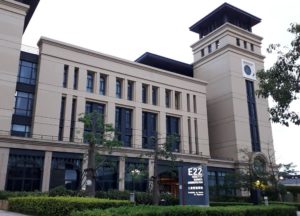 The Faculty of Business Administration of the University of Macau has officially received re-accreditation from the Association of MBAs (AMBA), one of the world’s leading