In the late 19th century, two French brothers – Auguste and Louis Lumière – invented the cinematograph. They are credited as the founders of modern cinema, and owned more than 170 patents in imagery development, and in other fields such as medicine. They are among the few French nationals to be honored on Hollywood’s Walk of Fame.

In those days, most revolutionary innovations were coming from England or the US; for example, the steam engine or electricity. Why is it, then, that the Lumières – young men from Lyon, a mid-size city in France – gave the world such important technology?

Auguste and Louis’ creativity was the result of their family – their non-conformist father was the owner of a photography business – and their personality traits (risk attitude, curiosity) also influenced their creativity. However, the main factor for the birth of cinema in Lyon is an educational institution – La Martinière – from which the brothers graduated as engineers. La Martinière could be described as the MIT of the day, with a curriculum that promoted technology, chemistry, industrial knowledge, and experimentation. As well as being the alma mater of some of Lyon’s prominent industrial and commercial leaders, it attracted students from all over the world who were interested in technology and innovation.

The ability to innovate

Very often, we attribute the innovation of specific people or countries to individual attitudes or national culture. When I ask members of IMD’s executive programme why they think that, in Europe, there are no digital platforms along the lines of Alphabet (in the US) or Alibaba (China), they either blame a
risk-averse attitude among European entrepreneurs, the lack of a ‘failure culture’, or inadequate regulation. While countries such as Israel and Taiwan are innovative by nature, the same can be said of Jordan and Ukraine. So why do we rarely see see disruptive innovations coming from the latter two?

My recent book The Right Place: How National Competitiveness Makes or Breaks Companies argues that, in determining corporate success, factors such as leadership and strategic choices, are marginal. From my research, and that of others, we can conclude that the impact of leadership teams on corporate performance is moderate at best; some CEOs increase value, but some destroy value.

The factors determining corporate success are global and national. My work shows that 80% of a company’s stock return variability is explained by factors such as the business cycle, trade wars, geopolitical tensions, and regulation. The Covid-19 pandemic has taught us that the fate of organisations is often dictated by uncertainties that are not controlled by companies.

In that context, decisions at a country level, such as capital markets design, education policies, and fiscal rules for talent attraction, have a greater impact on innovation than the DNA of potential creators. Specifically, educational institutions play a vital role in shaping innovation.

Stanford comes to mind as a global leader in the production of startups, with Alphabet being its most successful result. Facebook and Microsoft were born in Harvard dorm rooms, while, in total, Harvard is the alma mater of 1,310 entrepreneurs. Michael Dell was a student at the University of Texas when he founded his computer brand. Dropbox was born in MIT; WordPress at the University of Houston; Reddit at the University of Virginia and Fedex at Yale. Skype was developed by a graduate of Uppsala University (Sweden), and Logitech was founded by two colleague students at EPFL in Switzerland.

As products and business models become more complex, innovation requires specialised academic institutions. That is why Business Schools have been the seed of many important innovations of the past decades. Desigual, one of the most international fashion retailers, was founded by an alumn from the IMD MBA programme. The founders of Zoom Technologies, Peloton, and Grubhub planted the seeds of their companies while attending classes at Stanford, Harvard, and Chicago Booth respectively.

How can universities, and Business Schools in particular, be centres of excellence for innovation? First, let me point out that, for innovation ecosystems to succeed, they have to combine three key success factors. The first  is access to capital. The benefits of finance are important and have been documented by academics and international organisations.

In 2000, Professor Jeffrey Wurgler (then at the Yale School of Management and currently at NYU), highlighted in a paper published in the Journal of Financial Economics that more financially developed countries allocate capital with greater efficiently across industries. Specifically, Wurgler found that ‘developed’ financial markets (measured by the size of the domestic stock and credit markets relative to GDP) such as the US and the UK, increase investment in growing industries and decrease it in their declining industries.

The second important factor is regulation. To be innovative, firms need to have rules that protect intellectual property, bankruptcy laws that allow failure and recovery, and fiscal rules that facilitate foreign investment and talent attraction. Regulation removes uncertainty, and this explains why innovation is more difficult in Europe, where innovators need to comply with a myriad of regulatory regimes, compared with the US and China.

The role of the education system

When good regulation is combined with access to capital, innovators emerge. This is where the third factor – the education system – plays a vital role. Business Schools are becoming important parts of a country’s innovation ecosystem. Entrepreneurs need to be more than creators, and need to learn
how to monetise their ideas. The Lumière brothers never attended Business School. And this is probably the reason why their creation did not result in the movie industry being built around Lyon, but in Los Angeles. The Lumière brothers of the 21st century need business education, but such education must fulfill three requirements:

Business Schools must hear the demands of companies and adapt their programmes to the needs of the labour market. The benefit for Schools is that, as the reputation of their country increases, so does the ability of the School to attract better students.

Innovators are not born but made. Business Schools are part of a country’s innovation ecosystem and while technical universities (the La Martinières of our times) continue generating ideas, Business Schools transform these ideas in businesses, jobs, and competitiveness.

Arturo Bris is Professor of Finance at IMD (The Institute of Management Development) and Director of the world-renowned IMD World Competitiveness Center. His new book, The Right Place: How National Competitiveness Makes or Breaks Companies is published by Routledge. 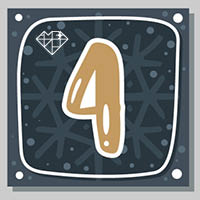 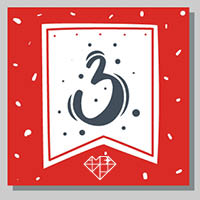 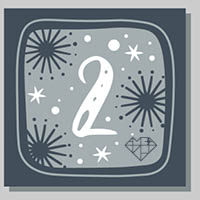 Diversity and inclusion: how innovative organisations are building equality