We are delighted to welcome our hosts for the AMBA & BGA Excellence Awards 2021. Learn more about our hosts by reading their biographies below. 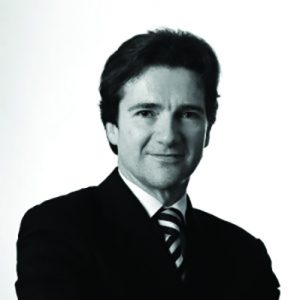 Andrew is Chief Executive of AMBA & BGA – the Association of MBAs and the Business Graduates Association.

Andrew commenced his career with Thomson Holidays (now TUI), then the world’s largest travel tour operator. He progressed to become Marketing and Commercial Director of Thomas Cook and then Sales and Marketing Director of Citibank Diners Club. He subsequently joined the Institute of Directors (IoD) as Chief Operating Officer.

Andrew has a strong interest in global leadership excellence. He has interviewed more than 100 of the world’s most influential leaders, in the fields of business, politics, sport and entertainment, including Bill Gates, Baroness Thatcher, HRH The Duke of Edinburgh, Archbishop Desmond Tutu, Jack Welch, Sir Richard Branson and Sir David Attenborough. 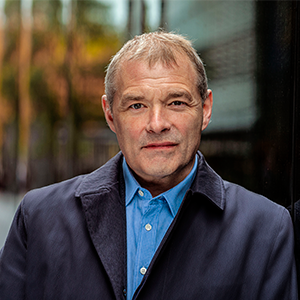 Jason Kingdon has been commercialising artificial intelligence for more than 25 years. He has a PhD in computer science from University College London (UCL); he co-founded UCL’s Intelligent Systems Lab in 1992; and pioneered one of the world’s first neural-nets for live financial forecasting.

He was CEO and co-founder of Searchspace, an inventor of big data analytics, introducing intelligent transaction monitoring to the London Stock Exchange, New York Stock Exchange, and Lloyds of London among others.

After a highly successful exit he set-up a private AI research lab being commercialised as GlassAI. He joined Blue Prism as Executive Chairman in 2008 and later Non-executive Chair on the company’s highly-successful London IPO.

He’s an EY entrepreneur of the year, author and editor of AI books, papers, and patents.